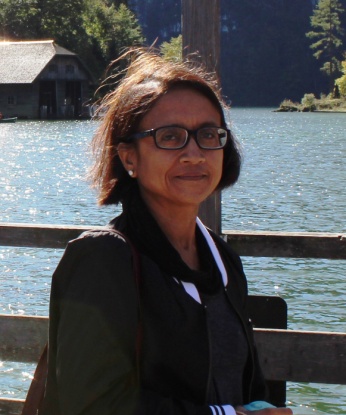 The focus of this talk will be on image analysis, particularly related to brain tumor MRIs (gliomas) – involving intelligent decision-making. It will encompass segmentation, classification, feature selection/extraction, with an objective to provide improved diagnosis, prognosis and treatment planning towards tumor management.

Beginning with an introduction to the nuances of MRI and deep learning, we will introduce a fast localization and detection algorithm involving saliency, followed by a single seed delineation technique for the tumor. Finally we will describe a couple of deep learning based approaches for the detection, classification, segmentation, and survival prediction in glioma patients.

Sushmita Mitra is full Professor at the Machine Intelligence Unit (MIU), Indian Statistical Institute, Kolkata. From 1992 to 1994 she was in the RWTH, Aachen, Germany as a DAAD Fellow. She was a Visiting Professor in the Computer Science Departments of the University of Alberta, Edmonton, Canada in 2004, 2007; Meiji University, Japan in 1999, 2004, 2005, 2007; and Aalborg University Esbjerg, Denmark in 2002, 2003. Dr Mitra received the National Talent Search Scholarship from NCERT, India, the University Gold Medal in 1988, the IEEE TNN Outstanding Paper Award in 1994 for her pioneering work in neuro-fuzzy computing, the CIMPA-INRIA-UNESCO Fellowship in 1996, and Fulbright-Nehru Senior Research Fellowship in 2018-2020. She is the author of the books "Neuro-Fuzzy Pattern Recognition: Methods in Soft Computing" and "Data Mining: Multimedia, Soft Computing, and Bioinformatics" published by John Wiley, and "Introduction to Machine Learning and Bioinformatics", Chapman & Hall/CRC Press, beside a host of other edited books. Dr Mitra has guest-edited special issues of several journals, is an Associate Editor of "IEEE/ACM Trans. on Computational Biology and Bioinformatics", "Information Sciences", "Fundamenta Informatica", and is a Founding Associate Editor of "Wiley Interdisciplinary Reviews: Data Mining and Knowledge Discovery (WIRE DMKD)". She has more than 150 research publications in refereed international journals. Dr Mitra is a Fellow of the IEEE, Indian National Science Academy (INSA), International Association for Pattern Recognition (IAPR), and Fellow of the Indian National Academy of Engineering (INAE) and The National Academy of Sciences, India (NASI). She is an IEEE CIS Distinguished Lecturer and the current Chair-Elect, IEEE Kolkata Section. She has visited more than 30 countries as a Plenary/Invited Speaker or an academic visitor, and served as General Chair and/or Program Chair of several international conferences. Her current research interests include data science, deep learning, soft computing, medical image processing, and Bioinformatics.