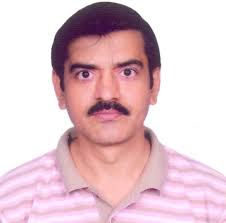 This talk will deal Air Writing Recognition. Air-writing refers to virtually writing linguistic characters through hand gestures in three-dimensional space. With rapid development of depth sensors in recent years such as Kinect and LEAP Motion, the possibility of air-writing systems has been emerged. Depth sensors along with computer vision techniques are used to track finger tips followed by recognition of the performed gestures using a trained model. But these sensors are not widely available to common devices (like mobile, laptops etc) which restrict these systems to be easily accessible. While depth sensors are not widely available, generic camera is embedded in many commonly used devices. Therefore a generic video camera based air-writing system could be greatly beneficial. In this talk, I shall discuss about video camera based air writing recognition and it its different applications in real life. If time permits I shall briefly talk about other recent handwriting applications also. Finally, for better understanding of the techniques some demonstrations will be given to the audience.

Umapada Pal received his Ph.D. in 1997 from Indian Statistical Institute. His PhD work was on the development of printed Bangla OCR system. He did his Post Doctoral research at INRIA (Institut National de Recherche en Informatique et en Automatique), France. From January 1997, he is a Faculty member of Computer Vision and Pattern Recognition Unit (CVPRU) of the Indian Statistical Institute, Kolkata and at present he is Professor and Head of CVPRU. His fields of research interest is different pattern recognition problems like Digital Document Processing, Optical Character Recognition, Camera/video text processing, Biometrics, Document Retrieval, keyword spotting, video avalysis etc. He has published more than 415 research papers in various international journals, conference proceedings and edited volumes. Because of his significant impact in the Document Analysis research, in 2003 he received “ICDAR Outstanding Young Researcher Award” from International Association for Pattern Recognition (IAPR). In 2005-2006 Dr. Pal has received JSPS fellowship from Japan government. In 2008, 2011 and 2012, Dr. Pal received visiting fellowship from Spain, France and Australia government, respectively. Dr. Pal has been serving as General/Program/Organizing Chair of many conferences including International Conference on Document Analysis and Recognition (ICDAR), International Conference on Frontiers of Handwritten Recognition (ICFHR), International Workshop on Document Analysis and Systems (DAS), Asian Conference on Pattern recognition (ACPR) etc. Also he has served as a program committee member of more than 60 international events. He has many international research collaborations and supervising Ph.D. students of 5 foreign universities. He is the Co-Editor-In-Chief of Springer Nature Computer Science journal. He is serving as associate Editor of the Pattern Recognition journal, ACM Transactions of Asian Language Information Processing (ACM-TALIP), Pattern recognition Letters (PRL), International Journal of Document Analysis and Recognition, and IET Biometrics. Also he has served as a guest editor of several special issues. He is a Fellow of International Association for Pattern Recognition. Also, he is among the top two percent scientists in the world as listed by the Stanford University in 2020.